On July 14, 2018, at around 9pm, Officers escorting a contingent of lads from the Youth Training Centre to a Best Village engagement at the National Academy of the Performing Arts, discovered MASON RAMJASSINGH unaccounted for.

After making several checks, they immediately contacted the West End Police Station.
Ramjassingh is 21 years old, of East Indian decent and approximately 145 pounds.
His last known address is LP54, Sea Trace, Bagatelle, Diego Martin.
He is currently awaiting trial and has been committed to the institution since 2014, on a capital charge.
Ramjassingh has been on the mentoring team for over four years and usually goes out to visit schools and other establishments as part of the team.
Anyone with information on the whereabouts of Ramjassingh, is asked to contact the nearest police station.
The Trinidad and Tobago Prison Service will investigate the circumstances of this incident and is working assiduously with the Trinidad and Tobago Police Service to locate him as quickly as possible. 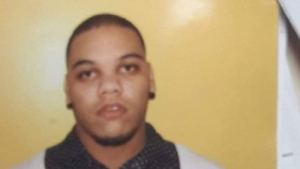